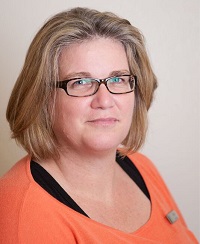 Athena became a member of the Ranolf Team in 2014 with the merge with Surgery 10.  Following her nursing training at Waiariki, she worked at Taumaranui Hospital and then Rotorua Hospital gaining experience over a wide range of areas including surgical, orthopaedics, post natal and intensive care.  Athena has been a GP nurse for more than 10 years.

Her choice of a medical career was due to the strong female role models in her life.  Both Athena’s mother and grandmother were nurses and she was attracted to General Practice so she could build relationships with her clients.

She has been in Rotorua since secondary school and met her husband here.  They live on a lifestyle block and have one teenage son.